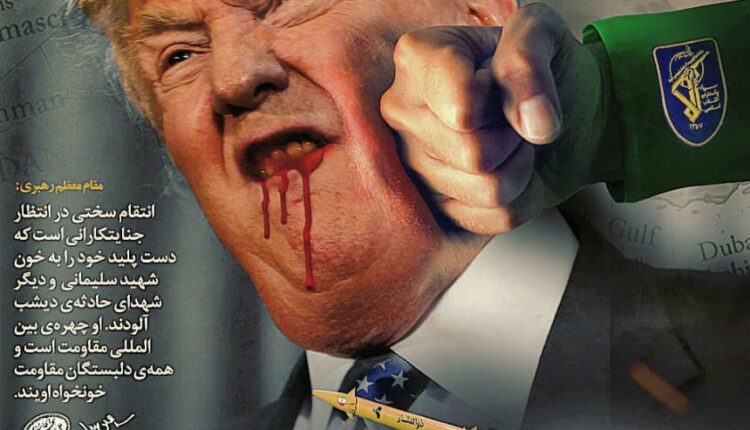 Hackers are at it again, this time supposedly from Iran which hacked a US government website and posted a picture of bloodied Donald Trump being punched along with pro-Iran messages.

On Saturday, US Federal Depository Library Program homepage got changed, as has been reported by CBS news. There was a message that said that it was hacked by Iran Cuber Security Group Hackers and this was only a small part of Iran’s cyber ability as they are always ready. The website became inaccessible as soon as the image of Trump was displayed and was down till early Sunday morning.

Apparent hacking by an #Iran-linked group of a US government website (the little-known Federal Depository Library Program). https://t.co/r47ODmt4Pw is currently offline. pic.twitter.com/8dx7EDUZvu

Sara Sendek who is the spokesperson for the Cybersecurity and Infrastructure Security Agency under the Department of Homeland Security said that the source of the hack is yet to be confirmed. She also said that the website was taken off.

In CNN reports, Gary Somerset who is the Chief Public Relations Officer for the US Government Publishing Office who also runs this Federal Depository Library Programmes also confirmed that the website was taken off.

According to the Associated Press article, this hack came in after Iran had promised severe revenge for the killing of Soleimani who was blamed for the attacks on US troops and American allies. Trump also tweeted in response that if there is a retaliation towards the USA then there will be an attack on 52 civilian targets in Iran.

The new @DHSgov NTAS Bulletin on the threat landscape was issued to inform & reassure the American public, state/local governments & private partners that DHS is actively monitoring & preparing for any specific, credible threat, should one arise. pic.twitter.com/iNnHU1TI9A

Oh the other hand, there was a bulletin from the National Terrorism Advisory System posted on Twitter by the Acting Secretary Department of Homeland Security Chad Wolf, warning Americans of a threat from Iran that may come with little or no warning. The bulletin also specifies that there could be a cyber attack against the USA as Iran maintains a robust cyber programme.

So far there have been no further comments from the Department of Homeland Security, Government Publishing Office and the Federal Bureau of Investigation.