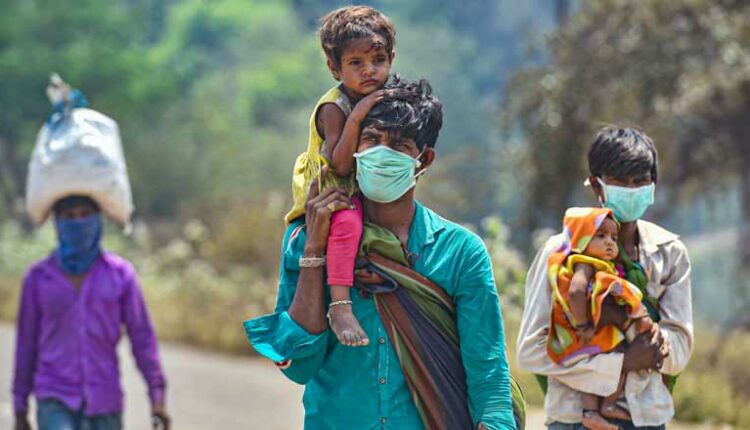 The second wave of the Covid epidemic has slowed the pace of economic recovery again. The lockdown imposed by states to prevent Covid infections has led to reduced production and increased unemployment. This information has been provided by data from the Center for Monitoring Indian Economy (CMIE). According to the CMIE report, urban unemployment rose to 9.81 percent in the week ended 11 April. At the same time, it was 7.72 percent in the week on March 28 and 7.24 percent in the whole month of March.

According to experts, the impact of the second wave of Covid has been seen on urban employment since March. Due to which partial lockdown or night curfew was imposed in cities of states like Delhi, Maharashtra, Gujarat, Punjab, Chhattisgarh, Madhya Pradesh, Uttar Pradesh. In large cities such as Delhi, Mumbai, there has been a further reduction in urban employment in public places like malls, restaurants, bars, strictly in compliance with the Covid rules and may face further problems in the coming days.

In many states, employment in the tourism sector is also likely to decline due to the rule of entry with Covid Negative Certificate. Problems will increase in villages too Experts say that at present the unemployment level is lower than in the city due to good rabi crop in rural areas and continuous work in MNREGA. However, the situation is expected to worsen in the next few days as there will be a shortage of work in the village after the harvesting of the Rabi crop which will increase unemployment.

Migrant workers to return back

Most migrant workers returned to their homes in 2020 due to the Corona crisis. The economy appeared to be back on track after the lockdown was relaxed, but once again the Covid cases are steadily increasing. In such a situation, people want to leave the job and reach their home soon before the lockdown. This is expected to increase unemployment further.

Industrial production has declined due to the poor performance of the manufacturing and mining sectors due to Covid. The rate of retail inflation rose to 5.52 percent in March as food prices became expensive. On the other hand, increasing unemployment will worsen the financial situation of the people.

Corona 2.0 is growing as fast as it will end, Antibody in 40 percent population by end of April