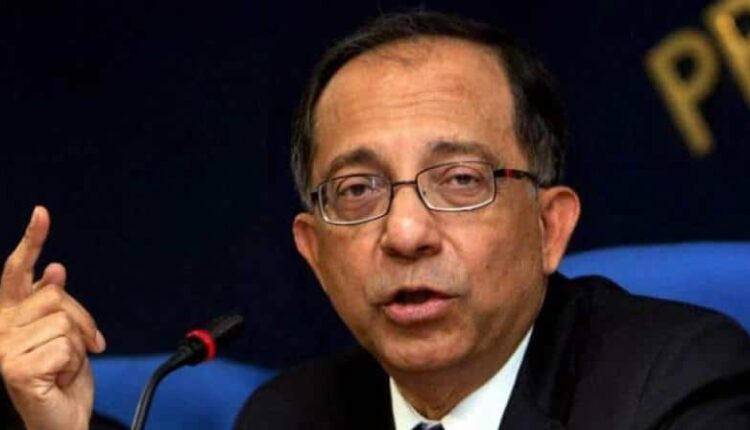 Last week, an internal working group set up by the Reserve Bank of India (RBI) made various recommendations, including that large corporate may be allowed to enter in banking sector only after necessary amendments to Banking Regulation Act.

India’s Banking Regulation Act, 1949, which was earlier known as the Banking Companies Act 1949 is a very well-designed law, the eminent economist said adding it reflects the sophistication of the founders of modern India. Mr. Basu, however, pointed out that times have changed now and there are reasons to amend some parts of it.

Former chief economist to World Bank on Thursday presented his view on the matter of allowing business into the banking sector to own and run it. He said,” the RBI working group’s proposal to permit corporate houses and industrial house to enter in banking sector to set up banks is a ‘GOOD LOOKING’ step in a ‘BAD DIRECTION’ and may lead to crony capitalism and eventual financial instability.”

Mr. Kaushik Basu further added that there is a good reason why all successful economies have a clear dividing line between industries and corporations on the one hand, and banks and lending organizations on the other.

Mr. Basu, who was also chief economic adviser during the period of UPA government, said, at first sight, this may look good and attractive because the close connection between industrial corporations wanting to borrow and banks wanting to lend speeds up lending activities and makes the banking sector look more efficient.

“But such connected lending is nearly a step towards crony capitalism, where a few big corporation houses can command and regulate the business opportunity and seize the enterprise areas in the country, which slowly edging out the smaller players. Eventually, connected lending will cause to monetary imbalance and increase the gap between small players and markets,” he argued.

He further stated,” I think creating avenues for some Non-Banking Financial Companies (NBFC) which are not managed by industrial houses, into organized banks is worth pondering seriously.

“But making changes in the law which will enable corporate houses to own and run banks is a thoroughly wrong decision and  a recipe two probable outcomes –crony capitalism and financial crash,” he opined.

Connecting lending was the biggest cause of increasing bad loans in 1997 in Asia that turned later financial crashes in the world, he strengthen his opinion. This proof is enough to rethink before amending the law and permit business bodies to start banking operation.

In a joint article, former RBI Governor Raghuram Rajan and Ex-Deputy Governor Viral Acharya had said that the RBI working group’s proposal to allow corporate bodies to set up banks is a ‘bombshell’ and it is more crucial to stick to the tried and tested limits on involvement of business house in the banking sector. Limiting the houses in banking sector will maintain the balance between financial activities and its outcomes.