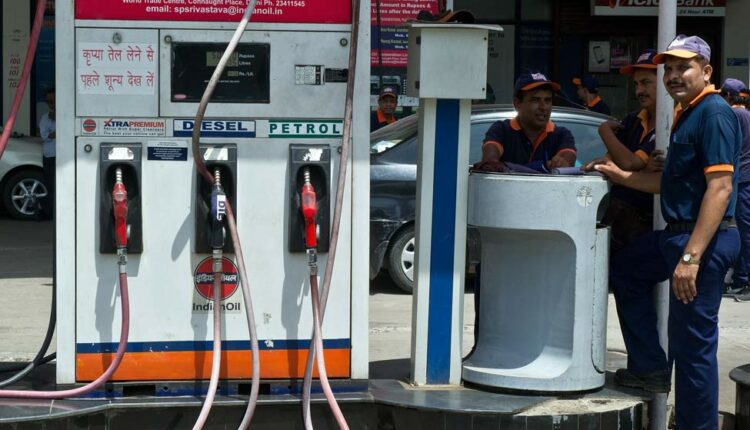 In front of the country troubled by the inflation of petrol and diesel, Minister of State for Finance Anurag Thakur has revealed that its tax collection has increased by 300 percent in the last six years. The central government had collected Rs 29,279 crore through excise duty on petrol and Rs 42,881 on diesel in the year 2014-15. In the first ten months of the current financial year (2020-21), the government’s tax connection on petrol and diesel increased to Rs 2.94 lakh crore. The government raised 74,158 crores in 2014-15 through excise duty on natural gas, which increased to Rs 2.95 lakh crore in the period from April 2020 to January 2021. Anurag Thakur has given this information in a written reply in the Lok Sabha.

Excise duty reduction is not possible

Crude oil prices are increasing in the international market. Along with this, the government has also not cut the excise duty on petrol and diesel. Taxes of the Central Government and the states are much higher. Therefore their prices are not decreasing. In fact, due to Corona infection, the Indian economy has declined which has affected government earnings. In such a situation, the government is facing a lot of problems with revenue collection. The government needs large funds to implement the steps announced under the budget provisions. Especially for infrastructure projects. Such projects require significantly more funds. Therefore, the government is not able to reduce the excise duty on it.

The Petroleum Minister, the Prime Minister and the Chief Economic Advisor of the country have also supported the demand to bring petrol and diesel under the purview of GST. However, states will also have to be persuaded for this. Tax on petrol and diesel is also a big part of the states’ earnings. There is anger among the general public about the inflation of this petrol and diesel. This is the reason why questions are being asked to the government in Parliament.

Uttar Pradesh: Schools Are Closed Till March 31, 2021 Due To Surge In COVID-19 cases