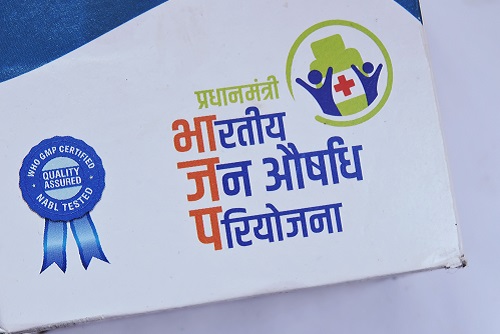 Most of the people are willing to do their business instead of the job but often due to money problem they are unable to do business. But the Modi government at the centre is now giving a better chance to start a business. Actually, this opportunity is being given by the Modi government by starting a Generic Medical Story or Jan Aushadhi Kendra. It is worth noting that it costs only 2.50 lakhs to start Jan Aushadhi Kendra and its entire expenditure is also borne by the government.

More than 5,500 Jan Aushadhi centres have been opened across the country. In the year 2015, the Prime Minister of India Jan Aushadhi Project was launched. The objective of the government to open these centres is to reduce the cost of medicines on the one hand and to provide employment to the other side. A generic medicine is available up to 90 percent cheaper at public health centres.

There are three types of categories to open Jan Aushadhi Kendra

The government has made three types of the category to open the Jan Aushadhi Center. Under the first category, any person, unemployed pharmacist, doctor or registered medical practice store can be started. At the same time, trust, NGO, private hospital, society self-help group have been kept in the second category. In the third category, nominated agencies have been placed by the state government. The drug store is mandatory to be opened in the name of Prime Minister of India Jan Aushadhi Kendra. 120 sq ft area is needed to open a drugstore. At the same time, the government provides 900 medicines to start the store.

To open a Jan Aushadhi Kendra, one has to first fill the form and apply and retail drug sales license is also to be taken in the name of Jan Aushadhi Center. Interested for this, you can download from http://janaushadhi.gov.in/online_registration.aspx. After this, the application has to be sent in the name of the General Manager (A&F) of the Bureau of Pharma Public Sector Undertaking of India (BPPI).

How will you earn?

You already know that it costs 2.50 to open a Jan Aushadhi Center and the entire cost is borne by the government. Now the question arises that how will you earn by opening this center, then tell you that Jan Aushadhi Center gets a 20 percent commission on the sale of medicines. Not only this, but 15 percent of the incentive is also available on every month’s sale. However, the maximum limit for incentives has been fixed at 10,000. But in the states of Naxalite affected and North East, the maximum limit of the incentive has been fixed at 15 thousand rupees per month. This incentive is given by the government till the 2.5 lakh rupees are completed. In such a situation, if you sell 1 lakh in a month, then you will earn 20 thousand rupees directly.

RBI MPC meeting begins, whether there is scope for further reduction in interest rates, know from experts