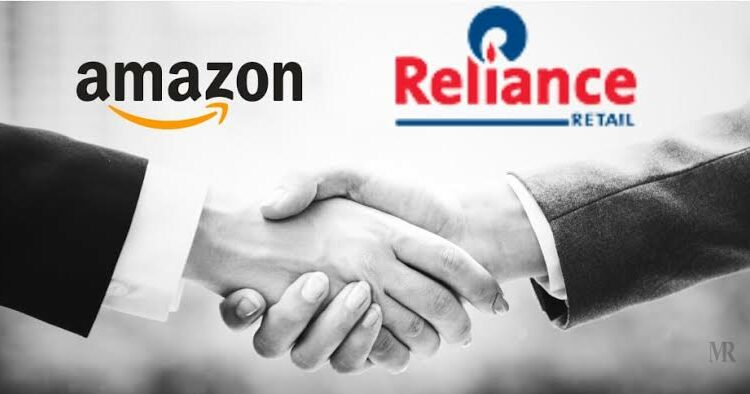 RIL (Reliance Industries Limited) is offering to offer a $20 billion stake in its retail arm to Amazon.com Inc, according to a news agency reported on Thursday.

India’s most valuable conglomerate of oil-to-telecoms led by India’s billionaire Mukesh Ambani, which has already raised $20 billion from investors like Facebook and Google in this year, is now willing to offer an up to 40 per cent stake in the retail business to Amazon, an agency reported by citing a person aware of this matter.

On request of news agency Reuters to response on this statement, neither Amazon nor Reliance Industries responded for this investment.

Asia’s fourth richest man, Mr Mukesh Ambani is now turning his interest toward retail after successfully building India’s top telecom network Jio by customers in less than four years, is focusing to take a dominant position as the country’s huge consumer market.
Ina few Interview Amazon has said about investing in Reliance Retail and also expressed their interest in negotiating potential deals but has no made any final decision, according to reports.
On Wednesday, Reliance has announced to invest $1 billion in-based Company Silver Lake.
Shares in Reliance Industries were raised at 6.2 per cent in midday trading in Mumbai after hitting a record intraday high. On Thursday, The company became the first listed Indian firm to cross $200 billion in market capitalisation.
The US tech giant Amazon has launched its first online shopping site in India in 201 and created 700,000 jobs in India, but the visit by Mr Bezos attracted criticism from small traders denounce the company of rampant pricing strategies.

Amazon is also facing a monopoly investigation from the Competition Commission of India on the allegations by a local trade group that the Amazon has engaged in practices that unfairly disadvantage them.