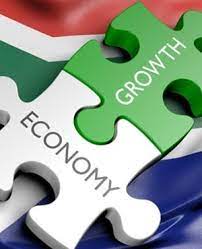 New challenges are expected to arise from the second phase of the Covid-19 pandemic, but there is a significant improvement in the tax collection. Finance Ministry officials are of the view that the picture of the full-year fiscal deficit will be better than anticipated due to the extensive improvement in direct and indirect tax collections during the last six months of the last financial year. Things will be better in 2021-22 as well.

In the face of rising inflationary challenges, an improving picture on the fiscal deficit front can prove to be of great help to the Finance Ministry. Revenue and Economic Affairs Department Secretary Tarun Bajaj said on Friday that the final estimate of data on all types of tax collections is yet to be finalized, but the indications are that our revenue situation will be better than anticipated.

The government has increased spending in March 2021, despite which the situation is improving. The corporate sector has also shown considerable strength and they have performed extremely well in the second half after the crisis of the first half. Broadly, the fiscal deficit figure will be better than anticipated. The actual fiscal deficit in the first 11 months of the financial year has been 76 per cent of the full-year re-set target.

Finance Minister Nirmala Sitharaman had estimated the fiscal deficit to be 9.5 per cent of GDP, but now it is likely to be at 9.3 per cent. The target is to keep the fiscal deficit at 6.8 percent in the current financial year 2021-22. If the second wave of Covid does not affect the domestic economy much, the situation may be better.

Finance Ministry officials are mainly considering the satisfactory growth in GST collections as the reason behind the improvement. The beginning of the last financial year was badly skewed in terms of GST collections due to Covid-19. GST of only Rs 32,172 crore was collected in April 2020, but it has been steadily increasing since October 2020. In March 2021, it reached a record level of Rs 1,23,902 crore.

For the first time since the implementation of GST, the GST collection has been more than Rs 1 lakh crore for six consecutive months. Revenue department officials say that the figures of GST collections are very encouraging and that the measures taken to increase GST collections during the last few months are ready to be implemented in the future. In this direction, the emphasis will be on ending the game of fake GST invoices.

TDS to be deducted on withdrawal from PPF and other post office schemes, know what are the new rules