On Sunday, Prime Minister Narendra Modi announced three petroleum sector project in Bihar to the nation through video conferencing.
PM Modi said in a virtual conference that Under the PM package 10 huge projects were given to Bihar in which petroleum and gas are also included. Around Rs, 21,000 crore are allowed to be spent on these projects.

According to an official statement ” The 3 petroleum sector projects include the Durgapur-Banka section of the Paradip-Haldia-Durgapur Pipeline Augmentation Project and two LPG Bottling Plants. They have been commissioned by IndianOil and Hindustan Petroleum Corporation Limited”.

The announcement started ahead of the scheduled Bihar elections and after the BJP officially throw down its campaign in the state. Further PM Narendra Modi added that ” BJP is focusing for development in every sector in Bihar and trying our best to find solutions so that the states can develop.

During the video conferencing PMModi has praised the work of Cheif Minister Nitish Kumar, he said that under Nitish Kumar’s leadership Bihar has seen so much development in cities and villages and many rural areas are getting electricity throughout the day, there has been a rise in educational institutions ( Universities and Polytechnics) and despite global challenge like coronavirus pandemic, Bihar did not stop its work.

In ahead Bihar election NDA will fight the elections in the state under the leadership of Nitish Kumar, who is looking for a fourth term in the office.

Modi requested people of Bihar to maintain social distancing and wearing masks to protect themselves from the deadly Coronavirus.

The establishment of Liquified Petroleum Gas Bottling Plant at Banka will fulfil to meet the rising demand for LPG in Bihar.
The Plant will be built to serve the district of Bhagalpur, Banka, Jamui, Araria, Kishanganj, Katihar, Godda, Deoghar, Dumka, Sahibganj and Pakur in Bihar and Jharkhand with an investment of around Rs 131.75 crore. 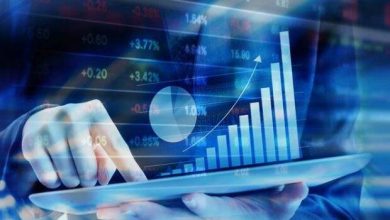