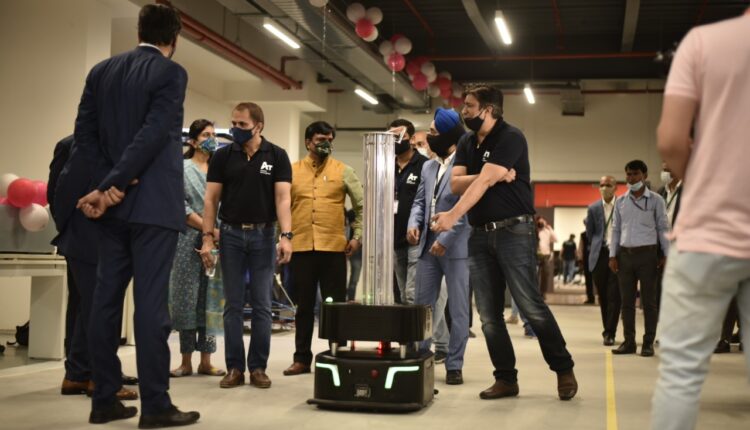 NITI Aayog CEO Amitabh Kant has said that with the development of technology, India will remain at the centre of growth. He said that the centre of the global supply chain is changing. Also, the PLI scheme has given a boost to the manufacturing sector in the country. He said this at the inauguration of Addverb Technologies’ robot manufacturing unit in Noida. He said on the occasion that as the e-commerce sector and health sector will develop in India, the use of robots will increase. Robots will prove to be helpful to doctors and nurses in the coming times.

Kant said that this robot-making unit leads the Make in India and Atmanirbhar Bharat campaign. He called the Noida facility a world-class facility. He said that there has been a lot of good R&D in this unit. Also, the integration of software with hardware has been done quite well.

Kant said that now times are changing rapidly and major changes are taking place in almost every sector. There is immense potential in robotics, drones, 5G, battery storage, solar manufacturing, satellite and other technologies.

Addverb Technologies has named this robot manufacturing unit as “Bot-Valley”. The company has built this facility with an investment of Rs 75 crore. The unit is spread over an area of ​​2.5 acres. The company’s co-founder and CEO Sangeet Kumar said that the special feature of this facility is that the help of the robot is taken in the construction of the robot.

Kumar pointed out that the robots manufactured by the company are capable of meeting the needs of many other sectors along with e-commerce.