NPS scheme is the support of old age after retirement, know how to open NPS account and what are its benefits 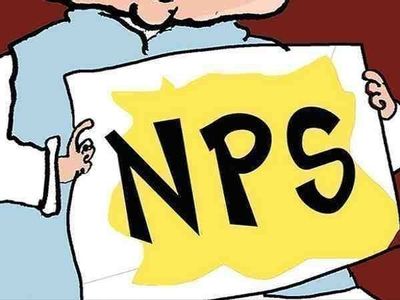 The National Pension System (NPS) is an investment-cum-pension scheme launched by the Government of India to provide for the protection of old age and pension to all citizens of India. The scheme is regulated by the Pension Fund Regulatory and Development Authority (PFRDA). It was started in 2004 for government employees. In the year 2009, it was opened to all. That is, any person can contribute to it during his working life and after retirement, he can withdraw a part of it and can get a fixed amount at a fixed interval from the rest.

Two plans are given in NPS

Two plans are given in NPS. The first is Tier 1, it is a full pension plan. The second is Tier-2, which works as an investment plan.

Its account can be opened in any government and private bank of the country. In this pension scheme, two types of accounts are opened, which are called Tier 1 and Tier 2. Under this, a 12-digit Permanent Retirement Account Number is given to the account holder when the account is opened. With the help of this number, all the works on this scheme will be done in future. The amount deposited in the Tier 1 account cannot be withdrawn before retirement i.e. 60 years. At the same time, anyone can open a Tier 2 account and can deposit and withdraw money at any time. This account is not required for everyone.

How much amount can be deposited?

Anyone from 18 to 60 years can subscribe to NPS. But he will have to complete the KYC process. You can open an NPS account at any point of presence i.e. POP. Most banks, whether they are in the public sector or private sector, work as POPs. In addition, some financial institutions act as POPs. Authorized branches of POP are called POP-SP. You can reach them in the Pension Fund Regulatory and Development Authority i.e. PFRDA website http://www.npscra.nsdl.co.in/pop-sp.php.

These documents will be required for NPS
To contributing to NSP by filling the registration form a person needs to submit identity, address and birth certificates. Each NPS subscriber is given a unique 12 digit unique number called a Permanent Retirement Account Number i.e. PRAN. There are two types of accounts in NPS, Tier 1 and Tier 2. Tier 1 is a compulsory and Tier 2 voluntary account. You cannot withdraw money from Tier 1 until you retire. There are some restrictions on withdrawing money even after retirement. You can withdraw money from Tier 2. You can deposit at least 6000 rupees annually in NPS. On this, tax benefits are available under 80C and 80CCE.

How much money will you get after retirement?

In the National Pension Scheme, if an employee joins at the age of 30 years and deposits Rs 2500 every month in it, then they collect Rs 57 lakhs for 60 years with a return of 10 percent. Under this scheme, employees have to buy an annuity of 40 percent of the total deposits. After purchasing it, the remaining money will be given to the employees in the form of a lump sum amount. In such a situation, if employees buy an annuity of 50 percent, then they get more than 28 lakh at the time of retirement.