No relief expected in coming days due to rising prices of petrol-diesel, CNG and LPG 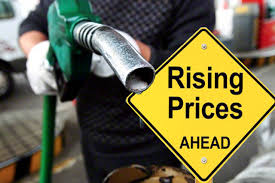 Crude oil prices continue to rise. Brent crude has reached $78 per barrel in the global market. The price of energy-specific Brent crude is expected to reach 80 to 85 soon. At the same time, according to Bank of America, by next year the price of crude will reach $ 100 per barrel. In such a situation, there is no relief expected in the coming days from the rising prices of petrol-diesel, CNG and LPG.

Anuj Gupta, Vice President (Currency and Energy Research), IIFL Securities, told that energy markets are again in the grip of uncertainty after OPEC countries failed to agree on a plan to boost crude production. The rest of OPEC want the current global agreement to cut oil production to continue beyond April next year. Due to this, the prices of crude oil can be seen further in the coming days. Once Brent crude reaches around $80 a barrel, it will not take long for it to score a century. At the same time, so far this year, crude oil prices have increased by about 60%, whose effect is being seen on the Indian market. However, there is no hope of getting relief in this in the future also.

Faster than no investment in production

Energy Specialist Narendra Taneja told that investment has not been made in the exploration of new oil fields since last year due to Corona. Its effect is being seen on production. At the same time, oil-producing countries will not increase production to compensate for the loss caused during the Covid period. In such a situation, it is meaningless to expect cheap oil now. The people of India have to be ready to buy expensive oil. Petrol and diesel may become more expensive in the coming time. Even if the central and state governments cut taxes, then much relief will not be expected. Common people will have to turn to electric vehicles.

Many reasons behind rising prices

The demand for oil in Asian countries has increased rapidly. On the other hand, OPEC, the Organization of Oil Producing Countries including Russia and Saudi Arabia, has not agreed to increase the production of crude oil. That is, when production is low and demand is high, the price is bound to increase. Experts say that oil-producing countries are compensating for the loss caused by Corona. Significantly, during the Covid crisis, there was a sharp fall in the prices of crude oil. Crude oil prices had reached an 18-year low of $19 per barrel.

No signs of excise duty relief

Excise duty is unlikely to be cut to provide relief from rising prices of petrol, diesel. The economy is under pressure due to the Covid crisis. The income of the government from other sources is decreasing. In such a situation, petrol and diesel is the main way of earning. Significantly, the excise duty on petrol was Rs 9.48 per liter in 2014, which increased to Rs 32.9 by 2020. At the same time, excise duty on diesel was Rs 3.56 per liter in 2014, which has increased to Rs 31.83 per liter.

Quadient Recognized as a Top 10 French Software Leader for