Bombay Stock Exchange Ltd. also known as BSE is Asia’s first stock exchange with an overall market capitalization of more than $2.2 trillion on as of April 2018. It is the world’s 10th largest stock exchange founded by Premchand Roychand, an influential businessman in 19th-century Bombay. BSE was established as the Native Share & Stock Brokers’ Association in 1875, which was later changed to Bombay Stock Exchange and is situated in Dalai Street Mumbai.

BSE was the first stock market in India which got permanent recognition under the Securities Contract (Regulation) Act, 1956, from the government of India.

Stock listed on the BSE India is classified into A, B, S, T and Z groups, for easy reference. The BSE India also offers BSE on-line trading (BOLT) providing BSE live-stock prices, which fully replaced the open outcry system. It was established in 1995 and at that time its capacity amounted to 8 million transactions per day. It is BS 7799-2-2002 certified.

And, then in 2015, the introduction of the dematerialization of shares where shareholders convert their physical shares to electronic balances linked to their Demat accounts.

Interesting Facts And Figures About BSE

Functions And Working Of BSE

Bombay Stock Exchange has a large hand in the rapid growth of India’s GDP from 2002 to 2007 and has also contributed to bringing technology into the financial sector.

The exchange is professionally managed under the overall direction of the board of directors consisting of a Chairman, a Managing Director, Public Interest Directors and Shareholder Directors.

The exchange is also managed by executive committees in compliance with the provisions of the Companies Act 2013 and under the SEBI (Listing Obligations and Disclosure Requirements) (“LODR”), Regulation 2015. The committees include:

The day to day operations of the BSE is managed by the CEO and Managing Director and an expert management team of professionals.

The Standard & Poor and Bombay Stock Exchange’s Sensitivity Index, shortly known as S&P BSE Sensex, is the benchmark index of the Bombay Stock Exchange (BSE) in India. S&P (Standard and Poor) is a Credit Ratings Agency based in the USA which manages a large number of stock market indices and now including SENSEX alongside BSE.

BSE Sensex was first compiled in 1986 and is regarded to be the pulse of the Indian stock market. It is a free-float market-weighted stock market index of 30 constituent stocks representing a sample of large, liquid and representative companies, covering 11 sectors. These 11 sectors include Automobile, Textiles, Chemicals, Cement, Bank, Cable, Tires, Electronics

It is traded internationally on the leading exchanges of the BRCS nations (Brazil, Russia, China, and South Africa) and EUREX.

Sensex has seen enormous and rapid growth during Indian economic reforms in 1991. But there was a major crash due to the financial scam in 1992, and many such crashes since. But, the Sensex has always recovered and reached 20,000 points in 2007 and the highest point of 38,989 in August of 2018.

How S&P BSE Sensex Is Expressed?

What Is The Beta Of S&P BSE SENSEX Securities

The measurement of the sensitivity of a Securities Price movement relative to movement in the S&P BSE SENSEX is known as Beta.

Beta is Statistically defined as:

BSE has set up an Investor Assistance center in many cities that provide redressal of investor grievances and information and other facilities to investors.

BSE has established a capital market institute, BSE Institute Ltd, which has trended more than 20,000 investors on the capital market mechanisms and brings out many publications. This institute is responsible for the arrangement of seminars and lecturers and initiated many research projects in collaboration with the management institutes.

BSE website provides information on capital markets for creating awareness among investors. It uses audio-visual media and the internet for education and training of investors on various aspects of the stock market.

Even BSE collaborated with ZEE Interactive Learning Systems to provide knowledge and education of financial markets to investors and to the number of people seeking employment with stockbrokers. 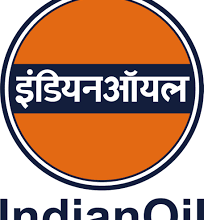 Dettol is now number 1 leaving behind Lifebuoy and Godrej; sale has increased tremendously 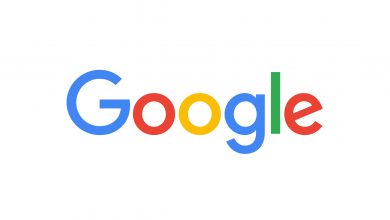