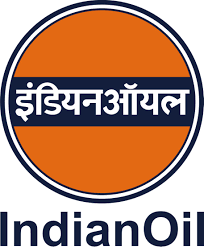 The IOC said it incurred a loss of $ 1.98 in the April-June quarter to make oil from every barrel of crude. Whereas in the same quarter a year ago, every barrel crude refining was getting a margin of $ 4.69. Shares of the company closed at Rs 88.55 without any change on the BSE.

In the information given to the stock exchanges, the company said that its operating revenue declined by 40.76 percent to Rs 88,936.54 crore in the June quarter. It was Rs 150,136.70 crore in the same quarter a year ago. The company’s sales had fallen drastically amid a nationwide lockdown. But in June, sales again returned to near-normal levels.

“In terms of sales and refining capacity, we will not be back to the normal in the near future. Our refineries are operating at 75 percent capacity and I expect it to remain in that range of 70-75 percent for the rest of the financial year,” said S M Vaidya, chairman of IOC.

He said the company expected the international crude oil prices to be in the range of $40 a barrel during the second quarter and second half of the financial year.

Kill corona box of the railway: UV sanitizer made in coach factory of Bhopal; sanitizes the file in one and a half minutes