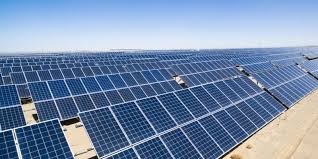 On Monday World’s first Solar Technology Summit was inaugurated by International Solar Alliance through video conferencing. The aim of this event was to brought the spotlight on state of the art technologies and provide huge efforts towards harnessing solar energy more efficiently. This summit has brought all the key stakeholders like academic scientists, technology developers, researchers, and innovators together on one platform.

After the inauguration a meeting was held in which the discussion of the recent developments in solar technologies both in terms of cost and technology, technology transfers, challenges, and concerns in the field was held

Indian initiative alliance was jointly launched by Prime Minister Narendra Modi and former French President Hollande on the sidelines of COP21 the UN climate conference in November 30, 2015 at Paris. The ISA is a coalition those countries which lie entirely or partly between the Tropic of Cancer and the Tropic of Capricorn to address their special energy needs.

ISA(International Solar Alliance) main objective is to devlop a World Solar Bank with authorised capital of $15 billion to fund projects. A special finance vehicle is needed for funding solar projects.

According to the Central Electricity Authority Data for India this summit is important because India has a ambitious target of having 100GW of solar energy by 2022. India’s installed solar power generation. It has a capacity stood at over 35 GW by July
2020.

International Solar Alliance will also launched a journal on Solar Energy. It’s name will be I JOSE in the journal authors from across the globe can publish their articles on solar energy.
The publish articles in journal will be review by global experts and also reach to the member countries through International Solar Energy’s vast network of National Focal points and Solar Technology and Application Resource centres.