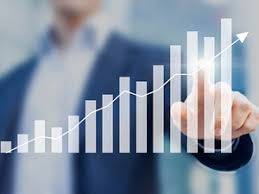 Today, The Department for Promotion of Industry and Internal Trade has released ease of doing business ranking in which Andhra Pradesh, followed by Uttar Pradesh and Telangana, topped.

While in the list Andhra Pradesh obtained ace position for the third year in a row, Uttar Pradesh emerged as the top performer in northern region after it climbed 10 places over its 2018 position, which shows the ranking is based on implementation of the Business Reform Action Plan for Atmanirbhar Bharat.

Whereas India’s National Capital Delhi, was climbed at number 12. The 12 spots has ended its last year’s ranking to become the best Union Territory for doing business.

While Madhya Pradesh has become the best place to put your money in the western region. Jharkhand became best place to invest in the Eastern region and Assam in Northeast. However, these state ranked under 20 in the overall list, followed by Jammu and Kashmir at No. 21, Goa at 24, Bihar at 26 and Kerala at 28th spot. Tripura was ranked at the bottom 36th.

Gujarat, consistently ranked the best in the last four rankings, stood at No. 10.

The main objective of this excercise is to promote strong competition among states to improve the business climate so that domestic and foreign investment get attract
Minister of Commerce and Industry Piyush Goyal. Further he added such competition will help nation to improve its ranking and country is working on steps like creating a single-window system for approvals and clearances.

India is taking the reform process seriously it’s result was also appreciated because foreign direct investment in the country increased even during this pandemic, amid what was called world’s strictest lockdown, Union Finance Minister Nirmala Sitharaman said days after she called the pandemic an “act of God” that may see the economy contract.