IGL: Why is investor interest increasing in the shares of this gas company? 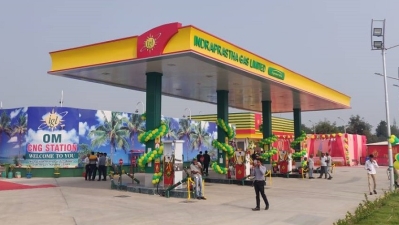 In the quarter ended March 2021, IGL’s gas volume has grown by a whopping 9%. Accordingly, the gas volume of IGL has reached the level before the Covid crisis. Coming to the Compressed Natural Gas or CNG segment, it accounts for 70 percent of the company’s total gas volume. It has grown by 8 percent in the March quarter on a year-on-year basis. In the last two quarters, it had lost 20 percent and 9 percent.

If we talk about the industrial and commercial division, then IGL’s volume has increased by 20 percent. In the first 9 months of FY 2021, the industrial and commercial division recorded a decline of 12 percent in gas volumes. If we talk about IGL’s domestic piped natural gas or PNG, then its volume has increased by 20 percent in FY 2021. Apart from the low base effect, the reason for the increase in IGL’s gas volumes is the CNG segment. IGL’s CNG business is expected to register strong growth in the current financial year due to an increase in the number of CNG vehicles and an increase in the share of retail gas stations.

Due to rising price of petrol price

The company (IGL) established 57 new CNG stations in FY 2021 and its total number has reached 612. In the current financial year, the company wants to set up 100 more CNG stations. A strong reason for the growth in the business of IGL is also the increase in the price of petrol. Carmakers Maruti Suzuki and Hyundai are focusing on increasing the number of CNG cars to deal with the rising price of petrol. In the current financial year, Maruti wants to increase the number of CNG vehicles by 60 percent. Hyundai expects its CNG model car sales to reach 35,000 units in the current calendar year.