Govt banned on export of onions with immediate effect 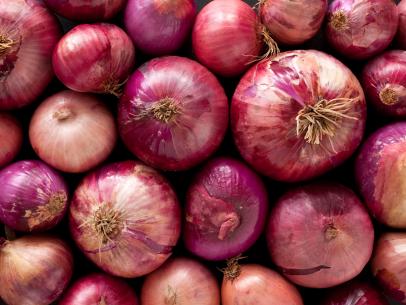 On Monday, the central government has banned export of onions, due to a shortfall in the key cooking ingredient as exports shot up 30% in the month of April-July. However, The ban will not imposed on those onions that exported in sliced or in powder form.

The Directoate General of Foreign Trade Exports said in a notification that all the varieties of onions are prohibited with immediate effect. The provisions of the Transitional Agreement shall not be applicable under this notification.

In Financial year 2020 India exported fresh onions of $328 million and dried onions worth $112.3 million. During the month of April and July period exports of onions shot up by 58% to Bangladesh.

Same decision was taken last year on 29 September where the goverment had banned exports of onions and imposed countrywide stock limits to bring down prices of onions that had increased ahead of state elections in Maharashtra and Haryana. The crackdown followed retail onion prices is reaching ₹80 a kg in Delhi. In December 2019, the prices hit ₹160 per kg in certain parts of the country.

India is called world’s biggest exporter of onions and staple of South Asian cooking. Many Countries such as Bangladesh, Nepal, Malaysia and Sri Lanka depend on India for the shipments.

India exported $198 million of onions in the month of April-June period of Financial year 21 and $440 million in the entire 2019-20. Due to heavy rains and flooding in the Nasik region of Maharashtra have affected the supply of onions says traders.