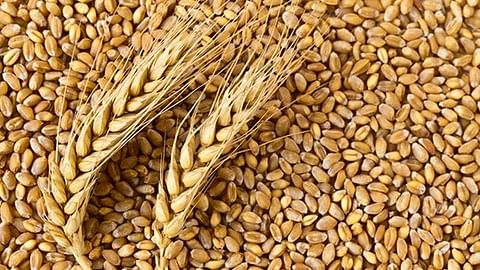 Total production along with productivity has been estimated to remain at a record level due to good weather and no outbreak of diseases and an increase in area under wheat sowing during the Rabi season. Agricultural scientists claim that the yield of wheat will be higher than announced. Record production of wheat is estimated at 109.2 million tonnes in the current season.

Agricultural scientists believe that the yield may be much more than this. In the current season, the area under wheat sowing has been increased to 6.52 crore hectare as compared to 62 million hectares last year. This is sure to increase total production. In view of this, the Food Ministry has increased the target of government procurement of wheat by about 10 percent in the coming procurement season, for which all the states have been warned for preparations.

Director of Indian Wheat and Barley Research Institute, Karnal, Dr Gyanendra Pratap said that wheat crop is very good in Punjab, Haryana and western Uttar Pradesh. The temperature in the day has definitely been above normal, but the night temperature is normal. Hence there is no risk of greatly affected productivity.

Professor Ramesh Kumar Singh, an agricultural scientist at Banaras Hindu University, says that the situation in eastern Uttar Pradesh is not very good. There is an unusual increase in the temperature of day and night as well. In such a situation, there is a possibility of some decrease in the productivity of the crop of this region.