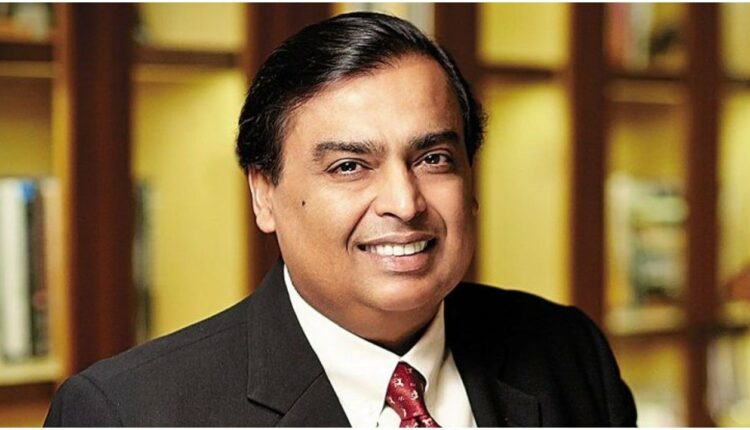 India has the highest number of billionaires after American and China. It has been said in a new list of the iconic Forbes magazine. According to the report of this magazine, Mukesh Ambani, chairman of Reliance Industries, has once again become the richest person in Asia. He has overtaken China’s Jack Ma, who became Asia’s richest man a year ago. Gautam Adani, chairman of Adani Group and the second richest person in India, has reached the 24th position in the list of the world’s richest people. His total assets are estimated at $ 50.5 billion.

Amazon CEO Jeff Bezos once again ranked first in Forbes’ 35th annual list. Forbes has declared Bezos the world’s richest person for the fourth time in a row. Bezos’s net worth is estimated at $ 177 billion. This shows an increase of $ 64 billion over the previous year. According to Forbes, this increase in the wealth of Bezos has been seen due to the rise in the shares of Amazon.

Elon Musk, the founder of SpaceX, has been ranked second in the list of the world’s largest moneylenders. Musk’s total assets are estimated at $ 151 billion. Musk’s assets have recorded a tremendous increase of $ 126.4 billion in the last one year. He was ranked 31st on this list last year.

Mukesh Ambani is ranked 10th on the list of global moneylenders. He is the richest person in Asia. His total assets are estimated at $ 84.5 billion.

At the same time, Jack Ma of China, who was Asia’s richest man last year, has slipped to 26th place. He has slipped into the global rankings despite his wealth rising by nearly $ 10 billion.

Cyrus Poonawalla, the founder of the Serum Institute of India, the world’s largest vaccine-making company, and chairman of the Poonawalla Group, has been ranked 169th on this recent Forbes list. He has a total property of $ 12.7 billion. He is at the seventh position in the list of Indian richest person list.

HCL Technologies founder Shiv Nadar is the third richest man in India. He has assets of $ 23.5 billion and is ranked 71 on the global list. Forbes has said that the wealth of the three richest people of India has seen an increase of more than 100 billion dollars.

Top three countries with the most billionaires

They are also included in the richest Indians

SEBI imposes fine of Rs 25 crore on Ambani brothers and others, regulator has given this order in this two-decade old case

PM Modi’s meeting with Chief Ministers at uncontrollable pace of Corona in the country, Mamata will not come this time too!