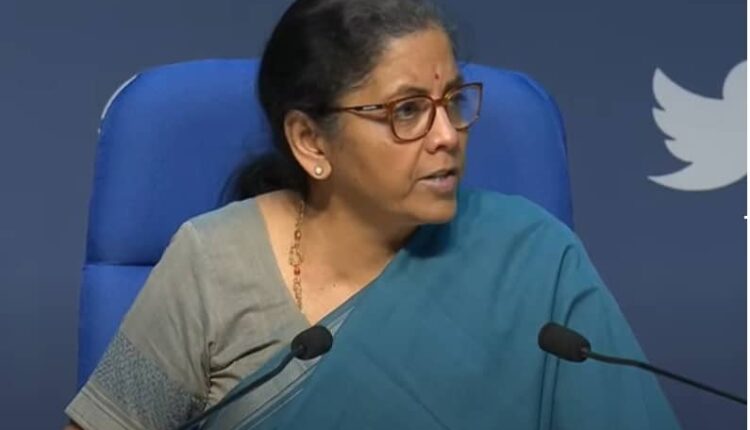 Union Finance and Corporate Affairs Minister Nirmala Sitharaman on Thursday launched two tech-enabled initiatives of the Ministry of Corporate Affairs – the Central Scrutiny Center (CSC) and the Mobile App of the Investor Education and Protection Fund Authority (IEPFA). She launched the app virtually. According to a statement issued by the government, both these initiatives will help in achieving Prime Minister Narendra Modi’s dream of ‘digitally empowered India’. Rajesh Verma, Secretary, Ministry of Corporate Affairs and other senior officials attended the virtual launch ceremony.

Announcing the start of these new initiatives, Finance Minister Sitharaman said, “This is a campaign started by the Government of India.” Its mission is to empower the country in digital form by ensuring that the services of the government are available to the citizens of the country electronically. Both these initiatives will create a new corporate and investor-friendly ecosystem. In the coming times, the Ministry of Corporate Affairs will bring more enabled services to facilitate business ease and people’s lives. ”

The Finance Minister also said that the Ministry of Corporate Affairs is involved in the continuous journey of digitization, automation and improvement for the benefit of society, companies, economy and professionals.

Sitharaman also said that the Ministry of Corporate Affairs has taken several steps in the last two years to promote ease of doing business in India. There has been an increase in the number of companies ‘inclusion in India even during the Covid-19 epidemic, which is a result of initiatives such as the introduction of Spice + and Agile Pro as consolidation for companies’ inclusion, which has led to the establishment of a business body in India. One stop solution has been made available to interested promoters.

Is MBA Worth It Or Not? If You Are Thinking About To Pursue MBA Then This Article Is For You