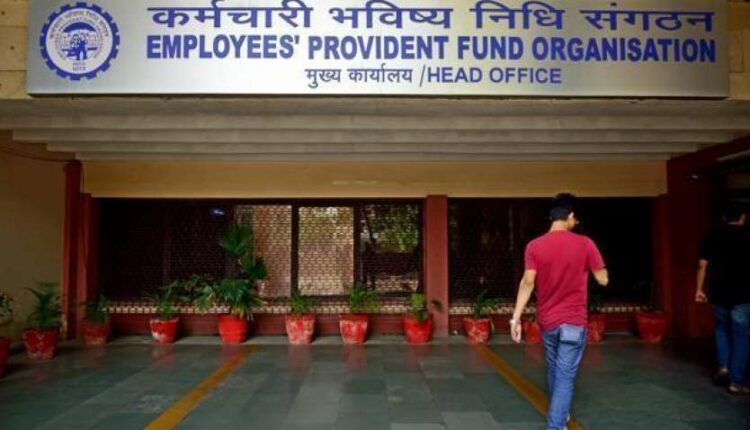 The Employees Provident Fund Organization (EPFO) has announced the interest rate on provident fund deposits for the financial year 2020-21. There is no change in interest rates. Like last year, EPFO ​​will pay 8.50 percent interest this time too. It is worth mentioning that on 4 March, a meeting of the EPF Central Board of Trustees was held in Srinagar today. In this meeting, a decision was taken on the proposal to announce the interest rate for 2020-21.

Earlier in March last year, EPFO ​​reduced the interest rate to 8.5 percent. This is the lowest seven-year interest rate. The board had previously stated that it would pay 8.5% interest in two installments for its customers for the financial year ended 31 March. Of this, one share was 8.15% and the other was 0.35%.

Earlier there was speculation that the EPFO ​​may reduce the interest rate on provident fund deposits for this financial year (2020-21), which was 8.5 per cent for 2019-20.

According to payroll data released on Saturday, the new enrollment for EPFO ​​increased by 24% to 12.54 lakh in December 2020. The Labor Ministry said in a statement that the provisional payroll data of the EPFO ​​shows a positive for the EPF.

It may be noted that after the change in rules by the Employees Provident Fund Organization, partial or full withdrawal from EPF has become easier and faster. The EPFO ​​can withdraw up to 75% of the amount from the EPF fund after one month of the employee leaving the job. Subscribers can make partial withdrawals online.