In the hope of cushioning the economy from the impact of Covid-19, central banks and governments across major countries have deployed massive fiscal and monetary stimulus packages. The financial institutions in the country are struggling to support the deadbeat borrowers and at the same time handling pressure from the government and the people trying to protect their jobs.

The growth rates of the countries have fallen down. Euro real GDP is expected to fall by 1.5%, Japan by 0.8% and the US by 0.2%. One of the leading property developers of China, Yida China is struggling to avoid default on its borrowings. The bottom line is that a short-term cash shortage is exacerbating a solvency crisis for an increasing number of companies.

Consumers are being forced to spend money that they in reality does not have on their credit cards. Many lenders have agreed to defer the payments as jobs and salaries are cut, this does not mean that the borrowers do not need to pay, its just that they can have a “payment holiday” and pay the amount at a later date.

In the UK, if all the borrowers will take a three-month payment holiday, then a total of $3.21 billion will be deferred, which is definitely a huge amount. A similar cash crunch will be faced by a lot of countries as they are trying to relax the rules which help the customers to cope during this pandemic. But in this whole thing, there’s a catch. Even though the debt needs to be paid at a later date, the companies would be charging interest and fees for the extended time period which ultimately needs to be paid by the customer only. So, now the customer would be paying a higher amount.

Nevertheless, it is predicted that the downfall will have a U-shaped curve rather than a V-shaped one. Still, a lot depends on how the governments respond to this. 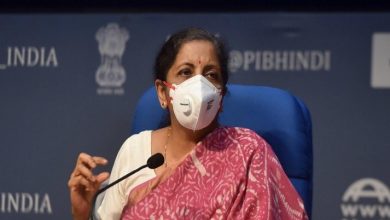 Finance Minister of India Addressed the Media Yesterday on October 27, 2020. Indian Economy is Reviving despite having negative GDP, says FM.