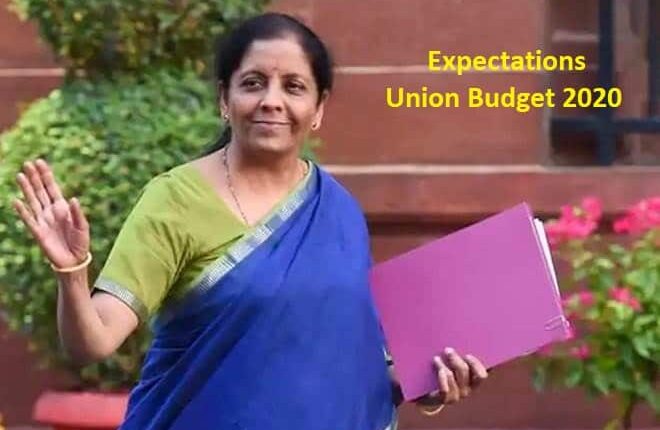 The Union Budget is set to be announced on 1st February 2019. People in the whole nation are talking about it and are eagerly waiting to see what the government has for them. Indian economy is facing a slowdown in this financial year and the GDP growth has gone as low as approximately 4.5% in the July-September quarter the last year. With so much happening around, let’s see what expectations do people hold for this budget.

There have been talks about raising the government expenditure in the infrastructure sector and a cut in personal tax in this budget. This will be done in order to spur the growth rate of the Indian economy. Despite the tax rate cuts and monetary easing, investment has not been able to pick up. Adding to this, the government is also worried about the on-going protests over a proposed citizenship law.

According to a few economists and investors, increased spending in the rural, railways and road sectors could help in reviving the growth. This would provide a small boost to the economy’s growth rate. But at the same time, it will put a lot of pressure on the bond yields and the yields will start rising, which makes borrowing more costly. Approximately $1.48 trillion is expected to be the budget that will be set for the infrastructure sector. The budget can be seen to further push the idea of privatization of the various PSUs. The government has already initiated the idea of divestment of Air India and Bharat Petroleum Corp. Ltd.

In order to boost domestic manufacturing and reduce the current account deficit, it is expected that the import duties will be increased for more than 50 items like chemicals and electronics.

At the same time, people expect a rate cut on income tax after the government has reduced the corporate tax rate.

Economists who participated in the Reuters poll for the budget predicted that in such a situation the Government will raise the target for fiscal deficit to 3.6% in 2020-21 from 3.3% in 2019-20.

Delhi gang rapists To be hanged on 1st February 2020. Indians eagerly waiting for the justice!!

Cooking gas prices may hike and oil subsidies end by 2022

Closing Bell: Nifty closed above 15,300, know which stocks have come up