Is It The End For Precious Metals? Why Gold And Silver Are Stagnant 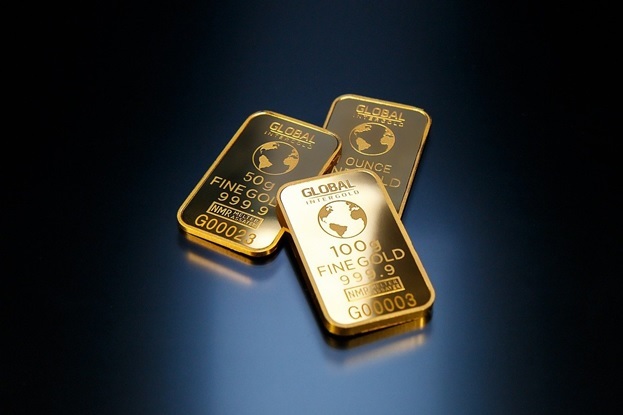 The world we live in today doesn’t always make sense. The economy has almost never been in a more dangerous situation. Yet, the safe-haven assets that have held firm in the past and even grown during macro turmoil, such as gold and silver, simply are not performing at all.

These assets have been in a slump for over a year, with only gold barely setting a new all-time high and silver failing ever even to come close to a new high. This article dives deep into the factors that could be keeping these critical macro assets at bay and if the tides will ever turn for precious metals.

Early on, as humans began to try to create a monetary system for exchange, bartering, and savings, those systems were taken advantage of by human greed. For example, the glass beads that were used in Africa as money were mass-produced heavily by Europeans who used them to buy slaves and take over the land, as glass there was in abundance.

Human greed always leads man to inflate a monetary system. Examples of this exist throughout history. The Roman Empire collapsed when their silver coins were so heavily debased that soldiers no longer would work, and the government had no way to enforce their taxes or rules.

Gold and silver are some of the only forms of anything on the planet that naturally have a scarce supply, which has made the two precious metals the only monetary standard that has ever stuck. It is the reason for the term the gold standard.

The scarcity, history, and so many other factors have made gold and silver, what are called safe-haven assets, that investors look toward during economic turmoil. Both assets put in all-time highs around The Great Recession but fell into a bear market when the recession came to an end.

What Has Been Going On With Metals

Since then, metals have gone stagnant, and rightfully so. All markets are cyclical, and after new all-time highs were made and the economy came back to healthy levels, it was time for a new downtrend.

Starting over the last several years, as tensions between the US and China began to increase, gold started a new bull market. Silver tends to follow after gold, but only gold has set a new all-time high so far.

Except the new high was barely a couple hundred dollars more than the high set more than a decade ago, resulting in a lackluster response in the market. Silver has been even more stagnant, unable to set a new high or gain any legs under it even with the support of WallStreetBets sub-Reddit.

But what could be the reason for the funk?

How Bitcoin And Crypto Has Hurt Metal ROI

A lot of what has been going on with metals has been due to the emergence of Bitcoin and cryptocurrencies. Bitcoin is positioned as digital gold, more scarce than even the gold standard is. The cryptocurrency’s supply is hard-capped at only 21 million BTC, but unlike gold can be sent over communications channels.

Bitcoin has created a whole industry of digital assets that are disrupting every area of finance. But no more industry has been impacted more than precious metals. The once speculative asset class has started to catch on with institutions and even corporations as the world moves increasingly digital.

From a market cap perspective, Bitcoin could climb a lot faster than gold, which is why billionaire investor and philanthropist Paul Tudor Jones has referred to Bitcoin as the fastest horse in the race against inflation and reminds him of gold in the 1970s.

Will The World Return To The Gold (And Silver) Standard?

In the early 1970s, the US dollar was de-pegged from the gold standard, and the race against inflation began. Inflation is said to increase economic output, which has made the global economy strong for decades.

However, The Great Recession, the recent pandemic, and ongoing quantitative easing have made the money supply spin out of control, which is prompting officials to consider raising the debt ceiling. Had the world stuck to a gold standard, it might not have seen as fast of economic growth, but the world would also not be at risk of financial collapse yet again.

In the 1970s, gold was trading at just $30 an ounce and today trades at around $1,750 per troy ounce. If Bitcoin is truly gold in the 1970s at prices of $30,000 and up per BTC, then what will the cryptocurrency be worth in the future? Estimates currently reach up to $100 million per coin by the year 2030, according to the stock to flow model.

But the economy is on thin ice once again, with several dangerous factors all converging at once. The housing market is once again in a bubble. The stock market is at risk of a dangerous collapse due to a lingering debt crisis in China with major real estate firm Evergrande. Even the global reserve currency, the US dollar, is potentially in danger as the US is at risk of defaulting on its debts if the ceiling isn’t raised soon.

It could soon be time to fire up that old gold trading account once again if the economy once again turns toward a safe haven narrative. The remaining question is, what about crypto and Bitcoin? Will the emergence of these new assets prove to be better than precious metals in every way?

The world will find out or not if metals were in an accumulation mode in the days ahead, while crypto ran wild on speculation and not actual value. With PrimeXBT, traders can access global markets of all kinds from a single trading account, including assets like Bitcoin, Ethereum, Dogecoin, silver, gold, oil, forex, and stock indices. Long and short positions and advanced protection orders can arm a trader with all the tools necessary to profit whichever way these assets trend next.

Bitcoin and Ether showed the biggest jump in the last 3 months!

RBI Proposal To Create Own Digital Currency, All The Private Cryptocurrencies To Be…

India’s Cryptocurrency: people faced scams once again due to the emergence of…