Bank Strike: Banks on strike for two days from tomorrow 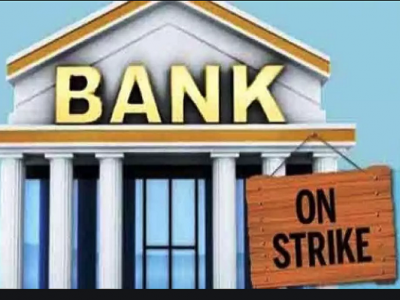 9 unions under the banner of the United Forum of Bank Unions (UFBU) have called for a two-day bank strike from Monday, 15 March. The unions have called the strike to protest against the proposed privatization of two state-owned banks. All India Bank Employees Association (AIBEA) General Secretary CH Venkatachalam claimed that about 10 lakh employees and bank officials of banks would be involved in the strike. The strike is scheduled to take place on 15 and 16 March.

Services of many banks including SBI, Canara Bank will be affected

Several banks, including State Bank of India (SBI), Canara Bank, have reported to their customers the functioning of branches and offices. Banks have also stated that they are taking necessary steps to streamline the functioning of offices and bank branches during the proposed strike days.

Significantly, in the General Budget presented last month, Finance Minister Nirmala Sitharaman had announced the privatization of two public sector banks as part of its disinvestment plan. These two banks are to be privatized in FY 2021-22. Earlier, the government had privatized it by selling its majority stake in IDBI Bank to LIC in the year 2019. Also, the government has merged 14 state-owned banks in the last four years.

AIBEA general secretary CH Venkatachalam said in a statement that the reconciliation meeting with the Chief Labor Commissioner on March 4,9 and 10 did not yield any positive results. Therefore, it has been decided to strike for two consecutive days on 15 and 16 March 2021. About 10 lakh employees and officers of banks will participate in it.