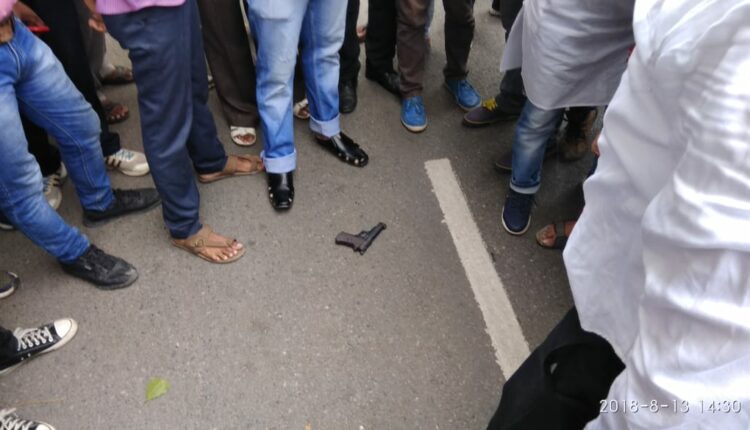 JNU Student leader with left wing ideology, Umar Khalid was attacked today around 2.40 pm just outside Constitution Club of India at New Delhi, where he went to attend a seminar, called “United against Hate Initiative”.

Khalid was allegedly shot. However, he is fine now. Unknown gunman tried to shoot him at Delhi just two days before the Independence Day, when entire Delhi is supposedly in a security lockdown.
The question is, just few kilometers away from the Parliament, how the perpetrator breached the security in broad daylight?
Shehla Rashid tweeted: “Shocking and highly condemnable: a guy attacked Umar Khalid from behind and tried to shoot him in Delhi. This is the direct result of hatred whipped up by Republic TV & other hate media. I spoke to Umar. He’s okay, but we should be very very worried about his safety.”
It takes an outstanding and articulated plan to try to shoot someone at the high security zone. People all over India, have condemned this heinous act. An eyewitness told ANI: “There was an event, Umar Khalid accompanied us. We were at a tea stall when a man in white shirt came,pushed&opened fire at him. Khalid lost his balance,fell down&bullet missed him. We tried to catch the man. He fired aerial shots,pistol slipped off his hands,he fled”
Khalid, after being deemed as inconsequential in Indian Politics, is relevant in the political scenario again.
JNUUmar Khalid Shot
Share FacebookTwitterGoogle+ReddItWhatsAppPinterestEmail