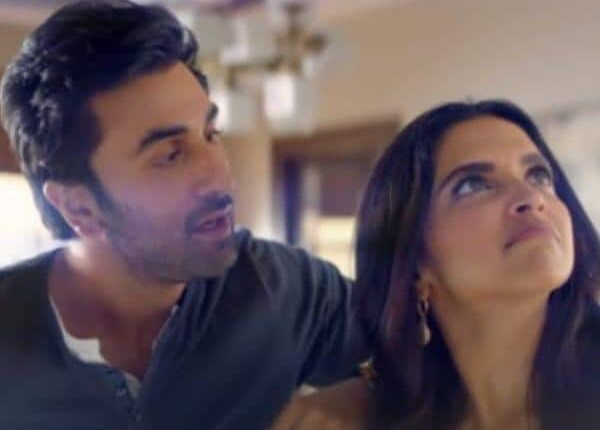 Ranbir and Deepika Are Back Together : Check Details

Deepika Padukone and Ranveer Singh are one of the perfect couples of Bollywood. They look so good together that nothing can beat their chemistry. But you must admit that Deepika and Ranbir Kapoor were the same when they were dating. They were like the couple goals. Their breakup was the most heart-breaking matter for their fans and Bollywood enthusiasts. You will be surprised to know that they were seen together. You read it right. But, to be clear they worked together for the Asian Paints commercial. On Wednesday, the brand has released the video on their Instagram account and the Internet went gaga over it.

Ranbir and Deepika can be seen as good friends in the commercial. It starts with Ranbir calling Deepika to get her suggestion for his house painting. She advises him to use the Asian Paint. Later, when she comes to see his house, she jokingly says that the brand kills almost all the bacteria, but one bacterium is still alive. Ranbir gets confused and later understands that she is calling him a bacterium. They later sit on the sofa and get into a pillow fight. How cute is that?

Deepika shared a still from the advertisement and all the fans just poured their love with likes and comments. Her husband, Ranveer Singh also commented on the same photo saying that, “Hello, Dimple. We meet again.” His comments got more than 45k likes and 350+ replies. One of the replies is of Asian Paints which says, “The smile that lit up our set and his heart #SheSmiled.” Also, Asian Paints reposted the same picture of her.

Ranbir and Deepika started dating in 2008 while shooting Bachna Ae Haseeno, their first film together. Deepika and Ranbir parted in 2009 but they have been sharing a cordial relationship with each other even after their breakup. They did Ayaan Mukerji’s Yeh Jawaani Hai Deewani (2013) and Imtiaz Ali’s Tamasha after their breakup. When Ranveer Singh was asked if he feels insecure about Deepika and Ranbir working together, he replied that he is a very secure person and he knows that no one can love Deepika as he does.