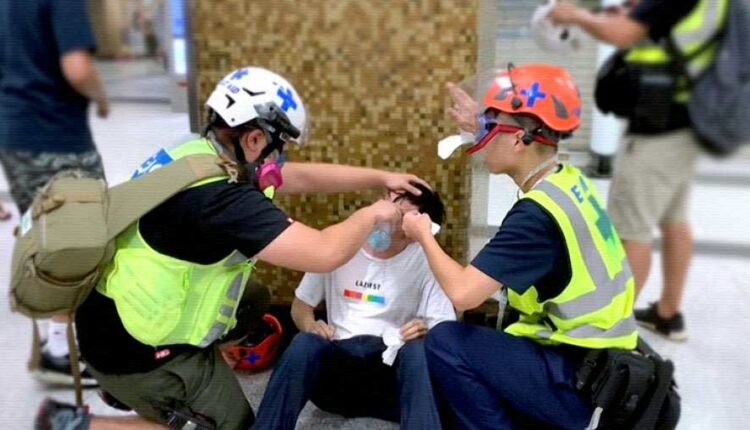 Classmates of Kwok Chun-Fung, a student from Hong Kong who helped to create a network of medic volunteers to help the city’s pro-democracy protests say that he was arrested in China’s mainland. It has been found out that he has been detained on charges that said he solicited prostitutes in Guangzhou which is the capital of Chinese mainland province that shares bores with Hong Kong.

Kwok studied in Guangzhou and was in his early twenties and he co-founded a volunteer group of medics who would help assist wounded protestors along with those who were affected by police tear gas during the seven months of continuous protests that are going on in Hong Kong. On 10th January his disappearance was announced to the public by another co-founder of the group. His mother said that he actually was missing for more than two days from the city.

This fellow volunteer who calls himself Small Cow said that Kwok and he were talking on the phone when suddenly his line went dead. He said that Kwok walked towards the door and the phone fell down and the call got cut.

According to two students from the Guangzhou University of Chinese Medicine, the university briefed non-mainland students about Kwok’s disappearance this week. According to them, the university’s officials told them that Kwok was arrested on 8th January late night for soliciting prostitutes in a hotel which is a punishable offence and can lead to 15 days of administrative detention.

According to the staff at the university Kwok has violated some laws and was subjected to detention but they refused to give any other comments. Yuexiu District’s police station which arrested Kwok refused to give and comment on case details. Kwok’s family were not available for comment but however Small Cow and one Hong Kong lawmaker said that the family has not gone to Hong Kong’s police or immigration authority to lodge a complaint.

This was not the first time someone was allegedly arrested. Simon Cheng who is a Hong Kong employee of the British consulate also faced similar allegations when he was in the mainland for a trip during August 2019. Before he fled overseas, Cheng said that he was forced to confess.

Brazilian Cultural Secretary To Be Sacked After He Echoes Goebbels