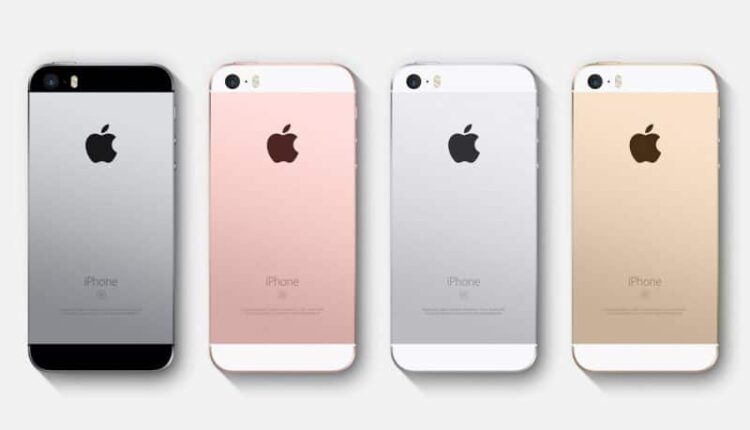 Apple is holding its Worldwide Developers Conference (WWDC) 2018 event in June at San Jose, California, U.S. The company is expected to launch iOS 12, the new edition of tvOS, macOS 10.14 and watchOS. Apart from this, Apple also expected to unveil a new iPad Pro which will come with a similar design as the iPhone X. There also rumors that the company may launch the second-generation iPhone SE, called iPhone Se 2 at WWDC 2018 event. Now, we have more information about the so-called iPhone Se 2  and its specs, reveals by the Chinese publication.

According to the Chinese publication, the iPhone Se 2 will come with the similar design as its predecessor, iPhone Se which was launched in 2016. Which means, it could be a lower-end device. iPhone Se 2 may come with a metal back and frame, thick top and bottom bezels and home button along with Touch ID sensor.

One major difference in the iPhone Se 2 is, it will come with a 4.2-inch display. According to the report, the new Apple iPhone SE smartphone will be powered by a faster A10 Fusion chipset that powered the iPhone 7 and 7 Plus. The phone is expected to come with 2 GB of RAM on board. It also expected to have 32 GB internal storage and 128 GB internal storage variants.

The report also suggests that the Cupertino company is planning to introduce the Apple iPhone Se 2 at Worldwide Developers Conference (WWDC) 2018 event in June. But, the company hasn’t announced a smartphone at the WWDC 2018 event since the iPhone 4 in 2010. Last year at WWDC 2017 event, Apple unveiled iPad Pro 2017 and Mac Pro. The first generation iPhone Se smartphone was introduced in March 2016 through a small media event. So there is one possibility that Apple could be announced the iPhone Se 2 in March.

What new highlights to expect in Android P

COVID-19 variant strain spreads from the U.K. to Washington: Suspicion turns into…