Tata Tiago Limited Edition will be launched in India today 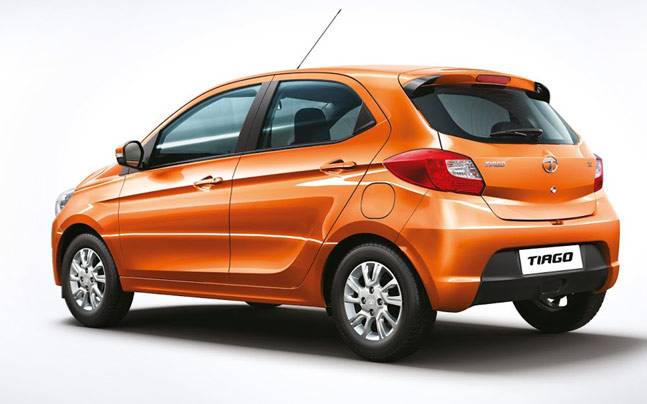 Tata Tiago is going to launch a new limited edition model of its popular hatchback car Tiago in India today. The company has also shared a teaser video of this new car. Today in India, the company will be announced on behalf of this car. According to the information, the company can present its new Tata Tiago Limited Edition with a sportier exterior than ever before to give it a different look and style from the current car, as well as many major changes, can be seen in the interior of the car.

Tata Tiago has emerged as one of the best cars of the company in India, which is getting tremendous response from customers. The company first launched this car in the market in the year 2016. Tata Motors has rolled out the 3,00,000th unit of this car only last year, which can explain how much the car is being liked. The Tiago is also the first car in the company’s Impact Design Language that is also being used in newly launched cars. This car is not only very budget-friendly but also has features considering the need of the customers.

The Tata Tiago is an entry-level hatchback car that is now the only petrol model available in India. In terms of power and specifications, the Tata Tiago has a 1199cc engine that generates 84.48 Hp power at 6000 Rpm and 113 Nm torque at 3300 Rpm. In the case of transmission, this engine has been equipped with 5-speed manual transmission and 5-speed automatic transmission. Tata Tiago has received 4 out of 5 stars in the Global NCAP in Safety. Currently, Tata Motors offers the Tiago to the XE, XT, XZ, XZ Plus and XZA (AMT) variants, which range in price from Rs 4.70 lakh to Rs 6.74 lakh (ex-showroom).

In terms of dimensions, the Tata Tiago has a length of 3746 mm, width 1647 mm, height 1535 mm, ground clearance 2400 mm, wheelbase 170 mm, weight 1030-1080 kg and fuel tank capacity 35 litres. In terms of the braking system, the Tata Tiago has a disc brake at the front and a drum brake at the rear. In terms of suspension, the Tiago front get independent, lower wishbone, McPherson (dual path) strut type suspension and rear beam suspension with a coil spring mount on a hydraulic shock absorber at the rear.