New Tata Safari 2021: Bookings started from today, will be launched on 22nd February 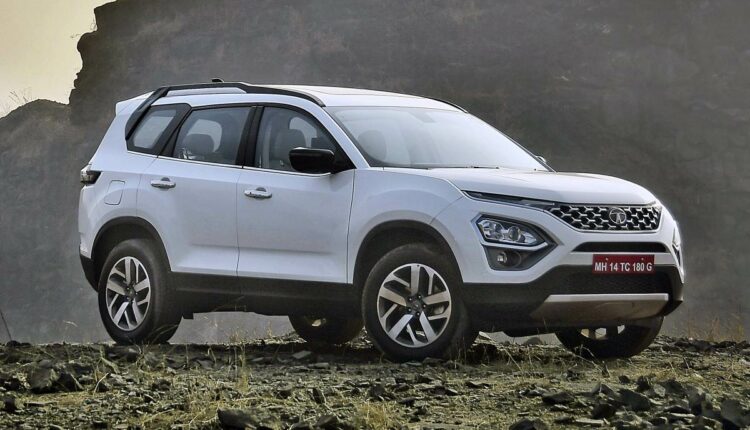 Tata Motors has started bookings for its new Safari 2021 from today. From today, customers wishing to buy this SUV in India can book by paying a token amount of Rs 30,000 only. It has been informed by the company that on 22 February it will be launched in India as well as its delivery will also be started. The new Tata Safari is a big avatar of the company’s popular SUV Tata Harrier and both have a lot of similarities in the look and design as well. The company has decided to revamp its iconic SUV Safari among the customers and also try to capitalize on its popularity.

Engine and power: The Tata Safari is powered by a KRYOTEC 2.0-litre turbocharged diesel engine. The same engine has also been used in the Tata Harrier. This engine is fully capable of generating maximum power of 170PS and peak torque of 350 Nm. If you talk about transmission, then this engine can be connected with 6-speed MT or 6-speed AT torque converter.

The Tata Safari is based on the Omega architecture, built on the Impact 2.0 design language. The Omega architecture is borrowed from the Land Rover’s legendary D8 platform, which has also been used in the Tata Harrier. The new Tata Safari offers three different drive modes – Eco, City and Sport. Along with this, many terrain response modes have also been given in the SUV, including Normal, Weight and Rough.

In terms of features, the 2021 Tata Safari features exterior features like the LED grille, Xenon HID projector headlamps with LED DRLs, LED tail lamps, rear spoiler, twin exhaust, stepped roof and 18-inch diamond-cut alloy wheels. Talking about the interior, the Safari gets an 8.8-inch floating island touchscreen infotainment system, a 9-speaker JBL music system, a 7-inch display instrument cluster, automatic climate control with HVAC, a 6-powered driver seat and TPMS. Talking about the safety features, customers are given 6 airbag setup, all 4 disc brakes and electric parking brake in the new Safari. Apart from this, features like mood lighting, auto-dimming IRVM and a panoramic sunroof are included in this Rugged SUV.