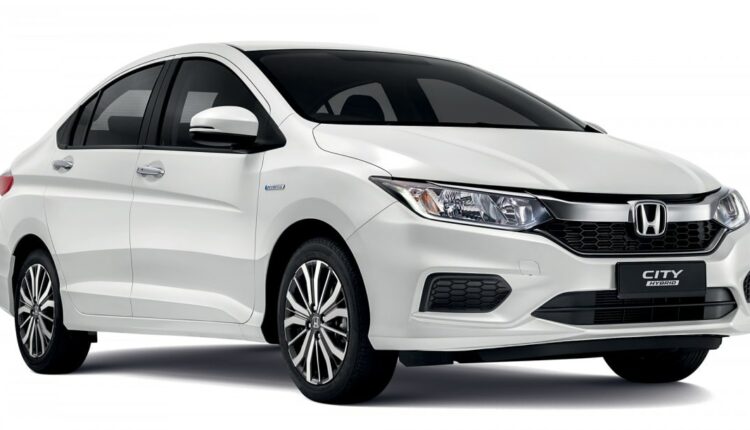 Japanese giant four-wheeler manufacturer Honda will soon launch a new hybrid sedan car in India. According to media reports, the upcoming car could be a hybrid version of the company’s popular mid-size sedan Honda City in India. The company launched the fifth generation of Honda City car in the Indian market last year. The company can introduce its hybrid sedan car in the Indian market by the middle of this year.

At high-speed, this car uses only petrol engine. An alternative to the hybrid unit used a 1.5-litre Atkinson cycle petrol engine with an electric motor that provides 98 bhp power. The look of the car is very similar to the Honda City. In which 16-inch dual-tone alloy wheels, updated front bumper, rear diffuser, honeycomb grille in front, LED headlights, LED DRLs, it looks bright.

In the electric drive mode of Honda City Hybrid, this car runs at low speed with electric power. But the hybrid drive mode uses both petrol engines and electric motors for optimal power and economy. The features of the car, it will get features like an electronic parking brake, steering wheel paddles, 7-inch instrument console. At the same time, in terms of safety, the car offers excellent features like emergency braking, lane centering assist and automatic high beam, adaptive cruise control, lane assist. The price of this car can be sold in India at an ex-showroom price of 15 lakh to 18 lakh.