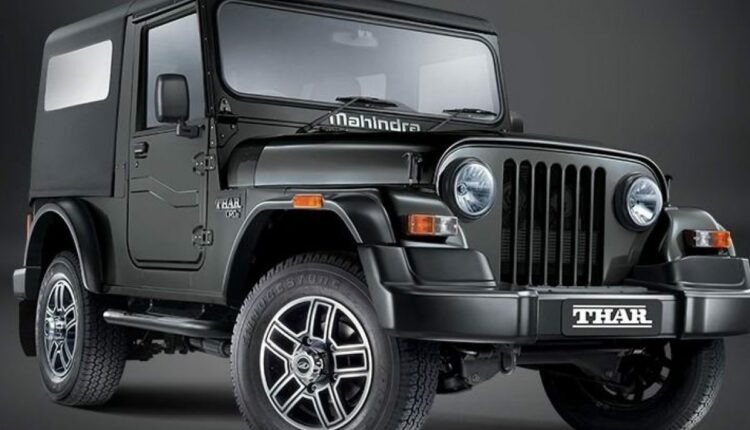 Anand Mahindra gives a strong reaction after seeing Mahindra Thar! Said ‘It is difficult to wait, I want this SUV in my garage right now’

In the new Mahindra Thar, the company has used new features and technology. This SUV will be launched in the market with both petrol and diesel engine options. According to the information, the company will officially launch it for sale on October 2.

Mahindra Thar: The country’s leading automobile manufacturer Mahindra & Mahindra today introduced the next-generation model of its popular SUV Mahindra Thar on the occasion of Independence Day. The Mahindra Group Chairman Anand Mahindra has also become crazy about this SUV and has given a very interesting response to this SUV on social media. Anand Mahindra said that it is very difficult to wait for Mahindra Thar.

Actually, Anand Mahindra remains quite active on the social networking site Twitter. Today, when the new Mahindra Thar was introduced to the world, Anand Mahindra could not stop himself from giving his reaction to this SUV. In a tweet, Anand Mahindra posted a video of the SUV saying, “I want this SUV right now, it is very difficult to wait till October.

He jokingly wrote that “If I am put on the waiting list for this, I will fight my team… Hopefully, you will be listening to me”. Shortly after this tweet, Anand Mahindra shared a few pictures of the new Mahindra Thar in a tweet in which he wrote, “Please come to my garage” (Come inside my garage, please…).

The company has today only displayed this SUV which will be officially launched for sale on October 2. The new Mahindra Thar has been used by the company in a completely new design as well as new features and technology in it. Which makes it even better than the previous model. The company is offering it in the market with both petrol and diesel engine options.

In its petrol version, the company has used a 2.0-litre capacity mStallion petrol engine. Which generates a strong power of 152hp and torque of 320Nm. Along with this, 6-speed manual gearbox as standard and 6-speed automatic gearbox has been kept as an option. At the same time, in its diesel version, the company has used the company’s traditional mHawk diesel engine of 2.2-litre capacity which generates 132hp power and 300Nm torque.

Chetan Chauhan minister of UP government passed away due to Corona, funeral to be held today