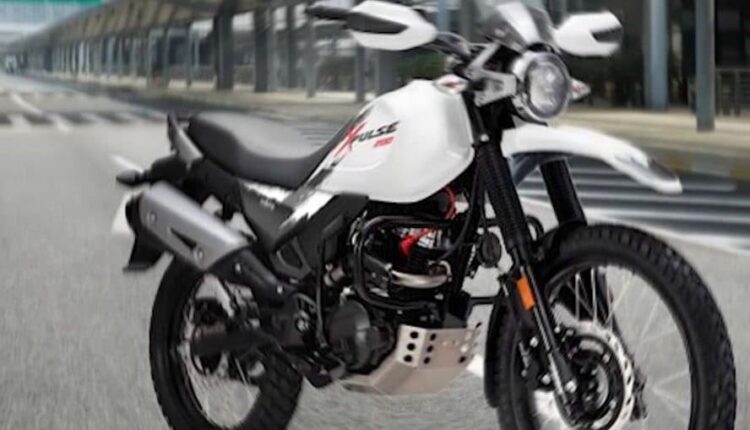 Hero MotoCorp has just introduced the Hero Xpulse 200 Rally Kit in India at Rs 38,000. The kit will be accessible at few Hero dealerships crosswise the nation in March this year.

The Xpulse 200 Rally Kit, produced and exhibited at the company’s Center of Innovation and Technology at Jaipur, was first revealed at the EICMA 2019 at Milan in Italy.

Hero included their MotoSports Rally Team throughout the development period of the Rally Kit. The kit appears with a certification by the (FMSCI) Federation of Motor Sports Clubs of India and is approved as street-legal – indicating it can be utilized on public roads.

The new Xpulse 200 Rally Kit delivers a collection of visible and automatic changes to the stock motorcycle. The kit draws with its compression and bounces adjustable collection of front forks that extend 250mm of travel.

The Hero XPulse 200 Rally Kit features bent tires by Maxxis, an extensive gear shifter to provide rally-style boots, and a longer side platform. The motorcycle also comes with improved sprockets, making the bike more responsive off the line as contrasted to the stock Xpulse 200 model.

No modifications have been done to the motor and the motorcycle proceeds to highlight a 199.6cc air-cooled single-cylinder motor that produces 18 brake horsepower and 17.1Nm of torque.

The Hero XPulse 200 Rally Kit is ready with both a carburetor and fuel-injected arrangements and arrives mated to a five-speed gearbox. The Xpulse 200 Rally Kit does not incorporate the Akrapovic exhaust system that was highlighted on the bike showcased at the EICMA 2019.

The bike is now priced at Rs 99,500 and will cost Rs 1.38 lakh with the Rally Kit. Total prices quoted are ex-showroom, Delhi.

This is an excellent contribution for those involved in off-road riding and for those who aspire to build a career out of rally sports. We believe the Xpulse Rally Kit will fly off the shelf and will endeavor a more satisfying experience on the motorcycle.